Hearty congratulations to a long standing friend and associate of British Hardwoods, Harvey Smith and his wife Sue. They had great cause for celebration this weekend as Sue trained this years winner at the 2013 Grand National. Auroras Encore sprang a 66-1 surprise win by nine lengths at Aintree. The 11-year-old, ridden by Ryan Mania, jumped superbly as 17 of the 40 runners finished the race.

British Hardwoods has provided sawdust and hardwood timber to the Smith's stables in Yorkshire for many years now. Harvey was Guest of Honour at the Grand Opening of our new premises in Cross Hills in September 2004. Here he is trying out a new mode of transport in our factory with directors Mark Rushworth and Tony Fillingham. 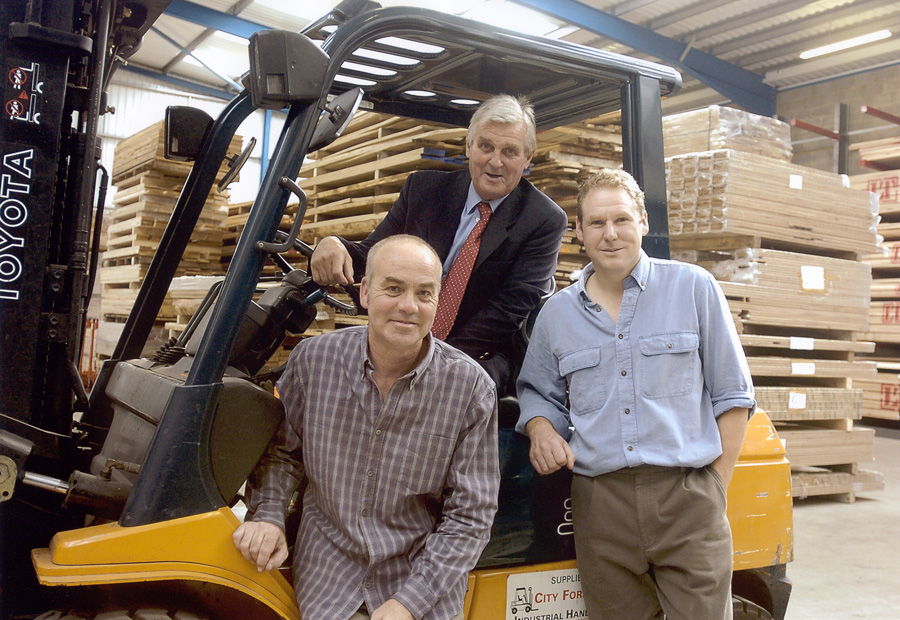 Well done to Auroras Encore from all at British Hardwoods, we hope we may have played some (small) part in your victory.