British Hardwoods are delighted to announce a sponsorship link up with local football team Silsden Rams under-9’s. The youngsters will proudly wear their red and black strip with the British Hardwoods logo on the front. The link transpired through Sam Fearnley, the son of British Hardwoods head of production Jason.  With the team in need of a kit supplier, Sam asked his Dad if British Hardwoods would be willing to help. Managing director Tony Fillingham felt it would be a great opportunity to help out a local club as well as promoting British Hardwoods in the area. 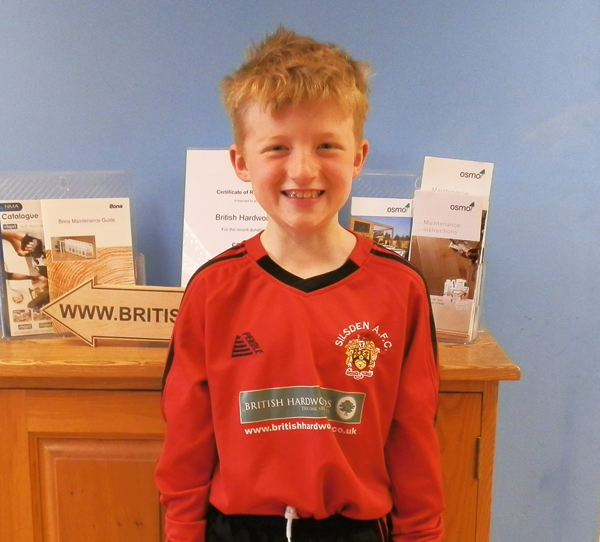 The Rams play in the Keybury under 9’s league with the majority of their games on Saturdays and Sundays, as well training once a week. We would like to wish Silsden Rams Under 9’s all the best for the coming season. Just try not to outgrow your new kits too quickly!