When choosing oak flooring, customers often ask us about the different grades of wood available. This choice can be made even more difficult by the terminology used by different manufacturers/suppliers; one supplier’s “barn grade” might be another’s “country grade” and so on. Here is a quick guide to the different British Hardwoods oak flooring grades. 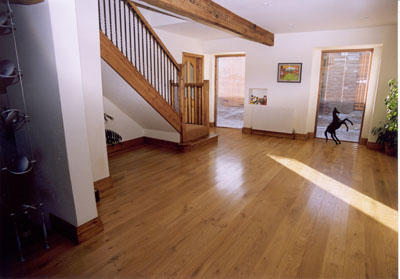 Classic European Oak
Our “cleanest” European oak floor displays well-spaced scatterings of small knots and pip which can be up to 25mm in diameter. Some of the pip may appear in small clusters, known as “cat’s paw oak”. Because the timber is cut from the heart of the tree, the grain pattern is very striking and some boards will display the beautiful, natural figuring known as “medullary rays” (a much sought-after feature of natural oak). 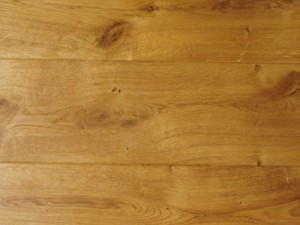 Character European Oak
Our mid-grade of European oak flooring contains larger, more frequent knots. The knots can be up to approximately 50mm in diameter with some splits and checks. The knots can be left open, which enhances the rustic appearance of the floor, or filled and sanded if a smooth finish is preferred. It has universal appeal and looks great in either traditional or contemporary settings. 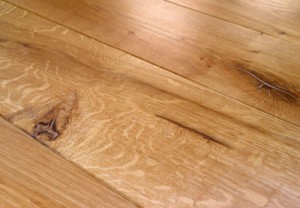 Provincial European Oak
Our knottiest grade of European oak flooring which contains frequent knots up to 70mm in diameter and some splits and checks. Due to its rustic charm and character it is a popular choice for country cottages, barn conversions and commercial applications such as pubs, restaurants, churches and museums. The knots can be left open, which enhances the rustic appearance of the floor, or filled and sanded if a smooth finish is preferred. Unless you like the character of large open knots, we would usually recommend having the knots filled and sanded.

Follow the link to view our full range of wood flooring.