Many of the British Hardwoods team recently took part in a team-building paintballing trip at nearby Steeton Paintballing. The majority of the production team and Jamie from the office couldn’t pass up on the opportunity to inflict pain upon their fellow colleagues! In the rough terrain woodland area the boys were split into two teams and given game scenarios that involved ultimately invading opposition bases without being hit by the painful paintballs. 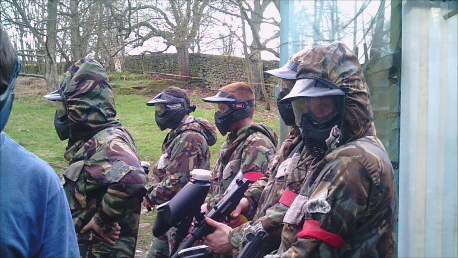 Once hit, the players left the game and the team with the last man standing were crowned winners. Red team won four games to nil overall, with the impressive Danny taking many of their casualties. The losing yellow team will point to the unequal team numbers as an excuse for their poor showing! Photography enthusiast Neil filmed much of the battle on a head-cam which provided some good laughs when viewed in slow motion. Great fun was had by all on a warm spring evening with many of the lads nursing all kinds of bruises and injuries come Monday morning! 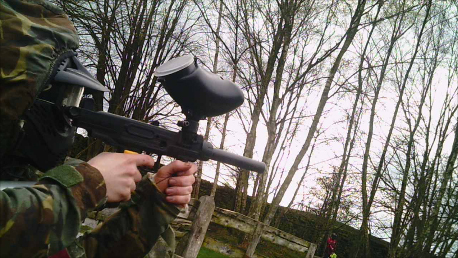